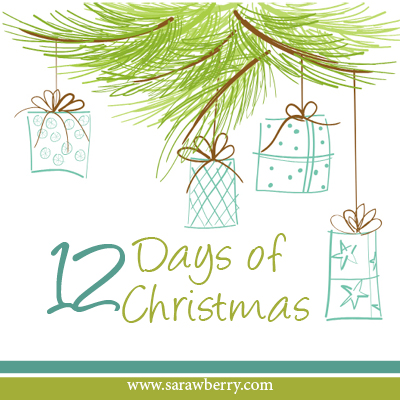 These days, my house is very full and very loud.  And I love it every minute of it.  My college girls are home, their sweet, godly boyfriends are here, my other kids are wrapping up exams and preschool programs.  The whole Silent Night thing is not happening at our house.

Trying to catch a peaceful moment, I grabbed my Bible and, prompted by last Sunday’s sermon at church, began to read about Elizabeth and Zechariah.  You remember them.  We don’t always put them with the Christmas story, but they really are a great part of it.  Elizabeth and Zechariah were older, godly relatives of Mary, the mother of Jesus.  Here is a summary of their story.

That about sums it up.  About sums up my life, too.  They loved God, but some of the obstacles in their lives caused them to doubt what God was really capable of.  It all started with Zechariah praying for something that he didn’t really think God would or could answer.

One holy day, something amazing happened. He was a priest and it was his turn to take care of the altar, while the people prayed outside.  Suddenly, he saw an angel standing at the right hand of the altar.  He, like every other person in scripture who sees an angel, was very afraid.  And just like every angel in scripture, this one opens with “Do not be afraid.”  Yeah, right.  The angel went on to share good news—his prayers had been answered.  Not only answered in a regular, ordinary way, but in a world-changing, extraordinary way.  After all these years of sorrow, he was going to become a Daddy.  And the angel said that his son would be a joy and a delight to him.  The angel also said that the child would be great in the sight of God, for this child would prepare the way for the greatest Gift the world had ever seen.

And what was Zechariah’s response?  Doubt.  He said:

“How can I be sure of this?  I am an old man and my wife is well along in years.  The angel answered, ‘I am Gabriel.  I stand in the presence of God, and I have been sent to speak to you and to tell you this good news.  And now you will be silent and not be able to speak until the day this happens, because you did not believe my words, which will come true at their proper time.’”

And it was so.  Zechariah went silent.  And Elizabeth became pregnant.  And shortly after, this good news was accompanied by the greatest news of all, Mary would give birth to Jesus and he would be the Savior of the world.

When Mary encountered her own angel, this news was part of the beautiful puzzle that the angel described–Elizabeth, Mary’s relative, who was long past the hopes and dreams of a child, was going to be a mother.  For nothing is impossible with God, the angel said.

So Mary took off to see and rejoice with her relative.  Mary went to the only person that might possibly understand what was happening in her life, in her womb.  And when Mary arrived, the baby within Elizabeth leaped for joy.  And Elizabeth declared to her, “Blessed is she who has believed that what the Lord has said to her will be accomplished.”  She was talking to Mary, rightly so.  But I suspect she was talking to herself, as well.  For now, six months into her pregnancy, her belly declared that she, too, would experience what the Lord had said would be accomplished.

And where was Zechariah?  Still in silence.  Just as the angel said, he spoke not a word.  He could only see, think, and pray.  And I suspect that in those months of silence, God did a great work in his heart.  We see the fulfillment of that silent work when Elizabeth’s baby was born.  On the eighth day, it was by custom, time to name the baby.  The leaders insisted on naming him after his father, Zechariah, despite the insistence from the new mother, Elizabeth.

Zechariah requested a writing tablet and wrote out the words that his mouth could not speak, the words that showed his faith had returned and his belief was restored.

My friends, if you can’t speak it out, write it out.  Pour forth your words in the silence of your mind, in the silence of the pen and paper that only your unique hand can hold.  In time, like Zechariah, you will be able to come out of the silence and speak in joy and truth and praise.

Zechariah spent months in silence.  Right now, in a houseful of kids, and plenty of friends and family coming and going it is an effort to get a moment of silence.

But I will strive for it.

Because I want my heart to prepare the way for a true celebration of the Silent Night, Holy Night.

I want my heart to experience the turning of

After silent reflection, comes time of praise.  Like Zechariah, we too can proclaim,

“Praise be to the Lord, the God of Israel, because he has come and has redeemed his people.  He has raised up a horn of salvation for us … to rescue us from the hand of our enemies, and to enable us to serve him without fear in holiness and righteousness before him all our days.”

Like Zechariah, I can understand the doubt that comes when God tells you to do something that seems unlikely or impossible.  Like Zechariah and Elizabeth, Mont and I can understand what it feels like to be called to parent young children when you are no longer young.  Like Zechariah, we, too, have experienced doubt and faith, sorrow and joy, silence and praise.  When we first became aware of Charlie awaiting a forever family, I felt doubt.  Could I handle another?  Wasn’t I too old?  Did I have the energy and stamina?  But in a short amount of time, my doubt turned to faith.  If God had called us, then it was His responsibility to see us through.  We simply had to obey.

As we progressed through the adoption process, I did experience sorrow.  The adoption agency called three times to make sure we still wanted him because they didn’t think he could walk.  I remember discussing the situation with my 19 year old daughter, Ellie.  Her reply?  “Mama, that should make us want him even more!”  As the months passed, I prayed.  I prayed that he would be able to walk.  And each update, which confirmed that he couldn’t, brought a little bit of sorrow.  The sorrow stemmed from the struggle I knew he would endure…and honestly, from the changes that I knew would take place in my own life, for the rest of my life.  But even in the midst of it all, there was joy.  Joy that God was in control and that He would be strong in our weakness, and in Charlie’s weakness.  Joy that a precious little person with endless possibilities was soon to join our family.

And then there was silence.  I kept pretty quiet about his physical situation.  I did not want to talk about it very much.  This was not denial.  I did confide in several close friends and family. But I did not want the negative talk.  I did not want this sweet boy to be defined by his disability.  And I did not find it helpful to dwell on what I could not change.  So, I was silent.  But in the silence, I prayed.  I fasted.  I learned to trust.

As many of you already know, my silence turned to praise.  Charlie could not walk when we got him.  His caretakers confirmed it when we asked, and it was evidenced in his weak and flaccid legs.  We discussed therapy and surgery while on the drive back to the hotel.  But I also prayed over him.  Prayed the prayer that God had put on my heart just before we went to China:  “In the Name of Jesus Christ of Nazareth, rise up and walk!”  In case you missed it, check out the answer to our prayers in this short video.  Praise God from Whom all blessings flow.