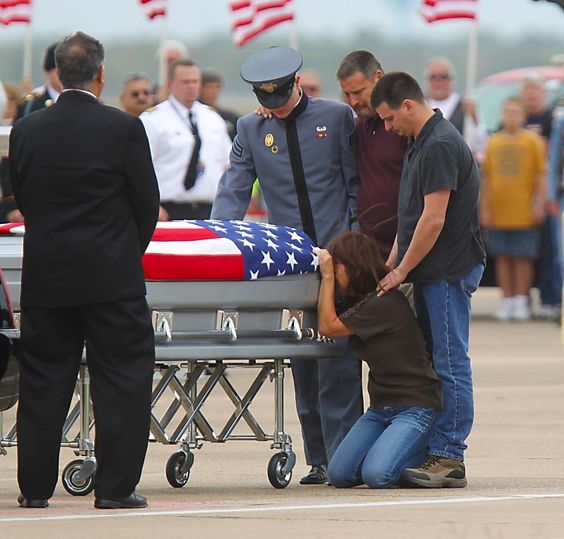 I had a dream about friendship last night.

Strange, I know, to have a topical dream.

I think it was spurred on by reading news stories of the disastrous things taking place in Afghanistan.  One particular resurfaced picture from 2011 that tore at my heart was that of Terri Norris kneeling and weeping at the flag covered casket of her hero son, Pfc. Cody Norris, after it arrived back in the US. I cried when I saw that picture. Even imagining the pain that she must be going through brought real pain to my own heart and tears to my own eyes.

So, in my dream last night I dreamed of a group of women who were friends. In my dream they were showing a slideshow and video clips of fun times over the years. In one particular video clip they were all acting silly, having a blast. They had picked up one woman and were all carrying her into a house laughing hysterically until they all laid down on the floor and had a good belly laugh together. I love those type of deep, uncontrolled laughing fits with close friends!

Next in my dream, the video clip changed to another scene. This time, the same group of women were carrying their friend into a house. This time they were all weeping. They gently laid the woman onto the floor and all laid down together and wept uncontrollably. Somehow, as an observer to this scene, I knew in my dream that the woman had lost her son. And her friends had carried her inside and laid down with her and cried as if it were their own son who had died.

I woke up feeling sad for these imaginary women. And yet, it caused me to think of my own friends. I have been blessed with an abundance of friends, each very special to me. But, as it should be, there are only a very few that I would lay on the floor and belly laugh with and even fewer that I could imagine laying on the floor sobbing with me, if something so tragic happened in my life. Those friends are precious indeed. Those friendships should be tended to, nurtured.

A few days later, when Jesus again entered Capernaum, the people heard that he had come home. 2 They gathered in such large numbers that there was no room left, not even outside the door, and he preached the word to them. 3 Some men came, bringing to him a paralyzed man, carried by four of them. 4 Since they could not get him to Jesus because of the crowd, they made an opening in the roof above Jesus by digging through it and then lowered the mat the man was lying on. 5 When Jesus saw their faith, he said to the paralyzed man, “Son, your sins are forgiven.”

6 Now some teachers of the law were sitting there, thinking to themselves,7 “Why does this fellow talk like that? He’s blaspheming! Who can forgive sins but God alone?”

8 Immediately Jesus knew in his spirit that this was what they were thinking in their hearts, and he said to them, “Why are you thinking these things?9 Which is easier: to say to this paralyzed man, ‘Your sins are forgiven,’ or to say, ‘Get up, take your mat and walk’? 10 But I want you to know that the Son of Man has authority on earth to forgive sins.” So he said to the man, 11 “I tell you, get up, take your mat and go home.” 12 He got up, took his mat and walked out in full view of them all. This amazed everyone and they praised God, saying, “We have never seen anything like this!”

What a beautiful story. A crippled man could not get to Jesus. He didn’t have the strength to fight the crowd, make his way forward. So what happened? His friends stepped up. His friends carried him to Jesus. When they, too, had trouble getting close, they didn’t give up. They climbed up on the roof (can you picture them working together to gently get the paralyzed man up there?) and then they made an opening in the roof just above where Jesus stood, by actually digging through it. And then they gently lowered their friend down and placed him at the feet of Jesus.

And then there is verse 5 which reveals the most important part.

5 When Jesus saw their faith, he said to the paralyzed man, “Son, your sins are forgiven.”

Did you catch it? “When Jesus saw their faith…” It was the faith of his friends that led to his healing. Corporately they believed together, which led first to the most important healing of his soul and spirit through the forgiveness of his sin, and then to the healing of his body. Can you imagine the joy of not only the man, but also of his friends? I bet they laid down on the floor and had a good belly laugh together. I bet they repeated that story of their shared experience year after year after year.

Who are your friends that would carry you in good times and bad?

Who would dig their way through to carry you to the feet of Jesus?

For whom would you be that kind of friend?

And we have the perfect model of friendship in the best friend of all—Jesus. He gave up his life that we could live.

Carry each other’s burdens, and in this way you will fulfill the law of Christ.