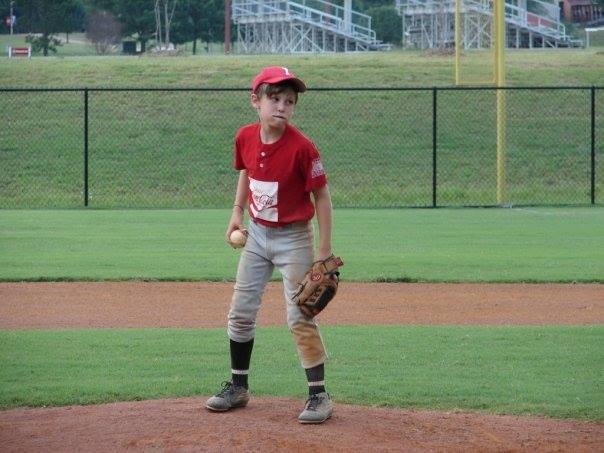 My precious son is getting married. In three months, three days, he will be officially grown and gone. We are beyond happy with his choice of bride and feel that she is one of those blatant answers to my prayers that God would do far more than we could ever hope or dream or imagine. We are blessed, indeed, with the maturity and godliness we see coming from those two. They love Jesus. And I thank my Jesus each day for that abundant answer to my prayers.

But there is one thing that the enemy of my soul keeps bringing up in my mind as I reflect on his growing up years. And though it may sound silly to most reading this post, I believe that some of you will relate.

I didn’t make it to all of his games.

There. I said it. For some reason, that is the source of my Mama Guilt. You see, I always envisioned myself front and center at every event each one of my children would participate in. I thought I would be “that mom”. The one who volunteered to be homeroom mom. (This only happened three times in all my children’s combined school years, which so far has equaled 62 school years, given the whole seven kids and all.)

I thought I would be the one with the healthy snacks, the homemade valentines, the carefully prepared lunches, and of course dinner on the table every. single. night. Instead, I was the one who sent the tacky valentines, most often signed by me because it was quicker. I was the one who used paper plates so I wouldn’t have to wash the dishes. I was the one who made my kids fix their own sack lunches if they didn’t want to eat in the cafeteria, because let’s face it, it is far easier to give them lunch money (or now prepay online!) than it is to go to the grocery for all the special requests they have, prepare the what they actually want to eat for lunch, and do it all before 7:25a.m. Nope. Didn’t happen at my house.

Recently, there was an article circulating around entitled “Why Parents Should Go to All of Their Kids Games”. Each time I saw it being shared I cringed. That Mama Guilt would rear its ugly head and throw fiery darts at my mind. Because guess what? It is too late. I can’t go back and go to every game.

Actually, it wasn’t that I totally agreed with the article. I think supporting our children should be an upmost priority. However, I think the mentality that we should drop everything and focus solely on them has potential to create self-centered adults. It also has the potential to create unrealistic expectations for them when they are parents. But the truth is this: I just couldn’t do it all. I wasn’t strong enough. I didn’t have enough stamina. I didn’t have enough emotional or physical energy to do it all. But maybe because I couldn’t do it all, my kids will receive some comfort when they come to the realization that they can’t do it all either.

That is the thing that rubs a raw spot in my mind. I couldn’t do it all. I tried, I really did. But having a lot of kids (or let’s face it, even if you don’t have a lot of kids) is very humbling. I was the late mom. I was the scattered mom. I was the one who missed the best play of the game because I was taking another child to the bathroom. I was the one who actually cheered an entire game for a child that was not my own, thinking he was the whole time. You see, they were built the same. Same weight, same height. And I had somehow forgotten that my son had been given a different number that year. He was supposed to be number 14. He had been number 14 from the time he was in T-Ball. But oh, no. They had to give the number 14 jersey to someone else that year—someone who was the same weight and height as my son. I am sure the other moms were wondering why I jumped up and cheered at every play of number 14 and sat silently eating my chips when my own son was up to bat. Lord, help me! I couldn’t do it all!

But when faced with that reality I hear a deeper truth whispering in my soul. Jesus comes softly, sweetly and calms my Mama Guilt. I hear him actually saying, “Well done, my good and faithful servant.”

“But, Lord, I yelled at my kids sometimes.” And I hear whispered, “But you also taught them about Me.”

“But, Lord, my words were sometimes impatient, even angry at times.” And I hear whispered, “But you spoke My words over them every day in prayer.”

“But, Lord, I wasn’t at every game”. And I hear whispered, “But I was. And because you pointed them to Me, they knew they were never forsaken.”

And with those whisperings, my mind and heart settles. Yes, there were things I would have done differently. But I know my children know I love them. They know Jesus in a personal way. They love me and more importantly, they love Jesus. So, I guess in light of that great truth, the other one—the Mama Guilt truth—simply doesn’t seem so important after all.

I have no greater joy than to hear that my children are walking in the truth.